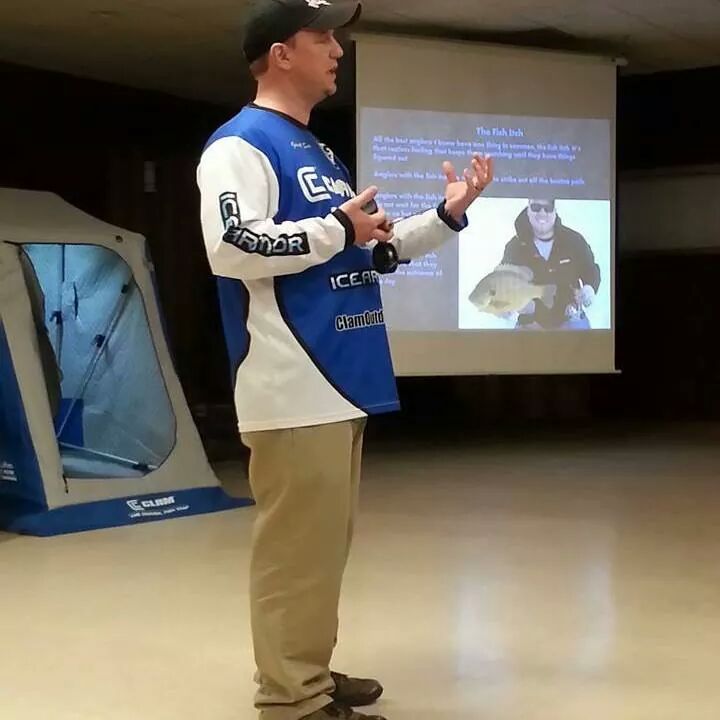 Growing up a mile from one of the most prolific steelhead runs on the North Shore of Lake Superior had it benefits and allowed him to perfect his craft from an early age. According to Garett he is still perfecting his craft, and that in fishing, you never stop learning. That is why his greatest passion is teaching others how to become successful anglers. He does this through guiding, seminars, freelance writing and online forums.

Garett has written for many fishing publications which include Great Lakes Angler, Midwest Outdoors, Outdoors Weekly, Hooked Magazine and Screaming Reels. He has given seminars on fishing steelhead and pursuing trophy bluegills.

According to Garett, part of being a successful angler is having a system for finding and pursuing fish and that all begins with the proper equipment. As a pro staff member he represents Crestliner Boats, Clam Corporation, Vexilar, and Raven Tackle. He is also an ambassador for Recycled Fish, a non profit organization teaching the importance of catch and release and protecting our waters.

The quest for that next slab has taken Garett to the Bahamas chasing bonefish with the fly rod, Alaska for the bountiful salmon runs and Colorado pursuing giant tail water rainbows and browns. According to Svir, his favorite places to fish are the tributaries of Lake Superior for steelhead and the backcountry lakes of Central Minnesota for panfish.

We find his excitement and passion for fishing is contagious and think you will agree!.